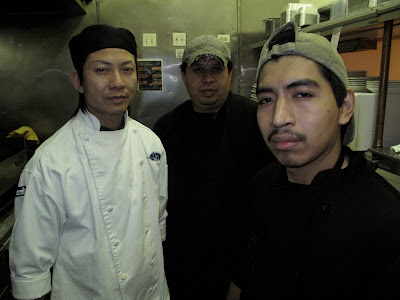 ROCs in Chicago, Detroit, New Orleans and Portland held Summits to unveil studies about working conditions in the restaurant industry in those four cities as part of a coordinated effort to raise awareness to the plight of restaurant workers. ROC United compiled all the data from the four local reports and the original New York City report to produce a National Executive Summary that was covered by the Washington Post, Labor Notes and In These Times.

The Restaurant Industry Summits were smashing successes in every city where they were held. Below is a brief summary of each one:

Over 100 people were in attendance at this high-energy event that took place at Junior’s Sports Lounge, one of the members of the Restaurant Industry Coalition. The event also received significant coverage in the local media, with articles appearing in Chicago Public Radio, Medill Reports, True/Slant and Progress Illinois.

Nearly 200 people packed into Slows Bar BQ one of Detroit’s high-road restaurants to discuss the findings of the Behind the Kitchen Door Report. The event was covered by a number of media sources including the Detroit Free Press, Crain’s Detroit, Michigan Public Radio the news was also picked up by the Michigan AP Wire.

Dozens of people were in attendance at the Maine Restaurant Industry Summit that took place at The Snow Squall. The Summit was the news of the day in Portland, getting coverage in several sources including the NBC affiliate, Portland Press Herald and Maine Public Radio.

Despite the historic win by the New Orleans Saints and the celebration parade taking place on the same day, there were nearly 50 people in attendance to discuss the findings of the study.

Dignity at Darden in GQ Magazine! AMBER WAVES OF GREEN

Amber Waves of Green Guess what, compatriots? The gap between  the richest and the poorest…

Thursday, March 14th, the U.S. Senate will hold the first committee hearing on The Fair…